I had my first direct experience with Kingston’s legendary bike theft this morning, when I went to unlock my bike to ride to my office.  The lock was a mess: the plastic sheath around the lock was in tatters, and there were numerous scrapes and scratches to the lock, and my bike around where the lock was attached.

Despite a bit of cosmetic damage, the thief entirely failed to actually steal anything, making me thankful that I decided to spend money on a quality lock.  Just for the record, in case anyone needs a bike lock recommendation, I’m very happy with my Bikeguard Rocklock 1500.

Edit: image of the mess left behind: 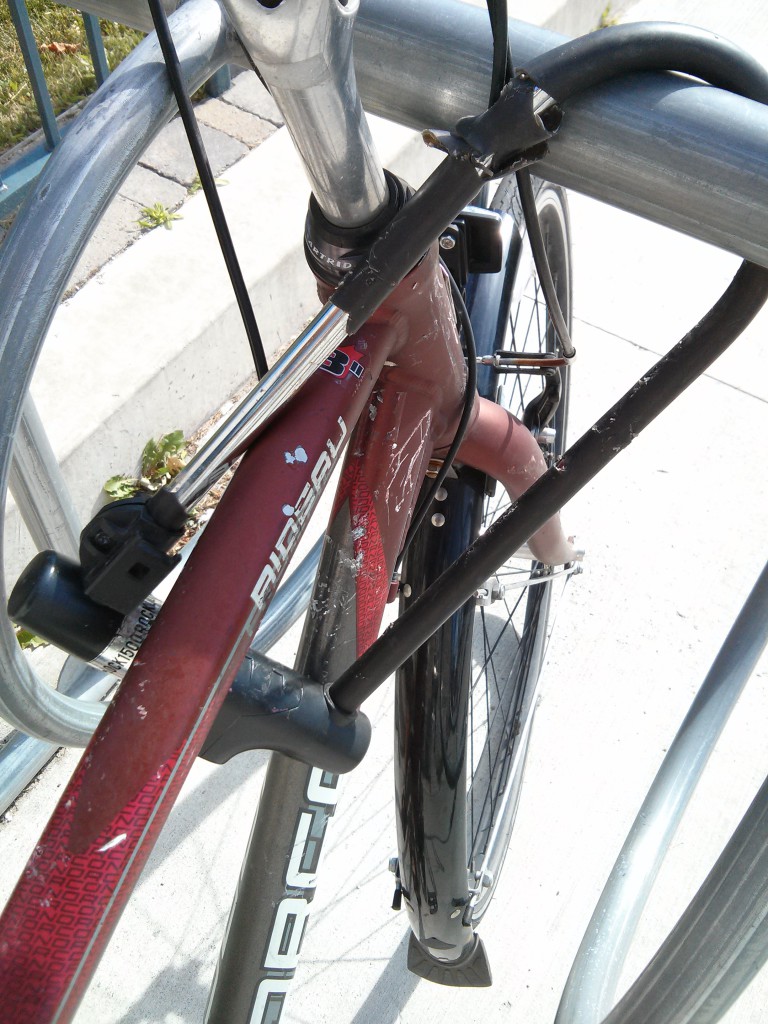