Podnocker (my boat) needs some fairly major repairs, and in the process, will get a redesign.  I plan to do all of this sometime in August; thoughts on the job below.

Read on for details.

The wooden floor of my boat, “Podnocker”, has a few soft spots.  I’ve known about since I bought they boat, but they’re getting worse: I need to replace the sole (the floor, in layman’s terms).  It seems most likely that the stringers (supports between the floor and the bottom of the boat which run the length of the boat) are similarly rotten, particularly as I’ve noticed a bit of hull deformity when looking straight along the strakes.

Repairing the stringers is a fairly complicated job: it requires first ripping out the existing floor, cutting out the existing stringers, and grinding down whatever fiberglass isn’t removed during cutting the stringers out.  Then new ones need to be built to the right shape, either out of a couple layers of plywood, or a board, to be the right height for supporting the sole.  This wood then needs to be covered in at least a couple layers of woven fiberglass cloth thoroughly soaked in epoxy.  It’s actually the fiberglass and epoxy that give most of the support.  Once all that is done, the new sole gets cut to the precise size and put into place, then, using fiberglass/epoxy again, permanently attached to the sides of the hull.

The seats are also kaput: my own fault from trying to sit on the seatback (to have a higher vantage point).  Both seats are supposed to fold out flat, but after sitting on the back collapsed the seat when going over a wave (the hinge at the top of the seat ripped out of the plywood holding it), I used some mending plates on the inside of each seat to hold things in place, permanently attaching the front and back parts of the seat in the upright position.  Replacement seats fixes two problems: the replacements are a bit higher (10″ base instead of the current ~6″ base), and they’ll fold out again.

The transom is also rotten, but this was “repaired” before I got the boat by overlaying an large aluminum sheet around it.  It isn’t held in all that well, however, and is flexing quite a bit more than I’d like: I think the whole thing should simply be replaced.  Since I’m going to have to remove the top of the boat to do the stringer and sole replacement anyway, this is the perfect time to fix that, too.

So in short, I’m planning some boat reconstruction this summer when I visit my family in August, which I think will be fun (though also a bit expensive–but should increase the resale value of the boat considerably).

I found this thread written by someone who similarly rebuilt what looks like exactly the same model boat. (The finished work isn’t shown, but the tear-down under the floor is shown).

Here’s a great set of videos of a guy who did all this.  Different boat, and slightly different materials/procedures than I plan to use, but basically the same idea.

While I’m at it, I’m thinking of repainting/recolouring everything.  The seats I’ve ordered are these: 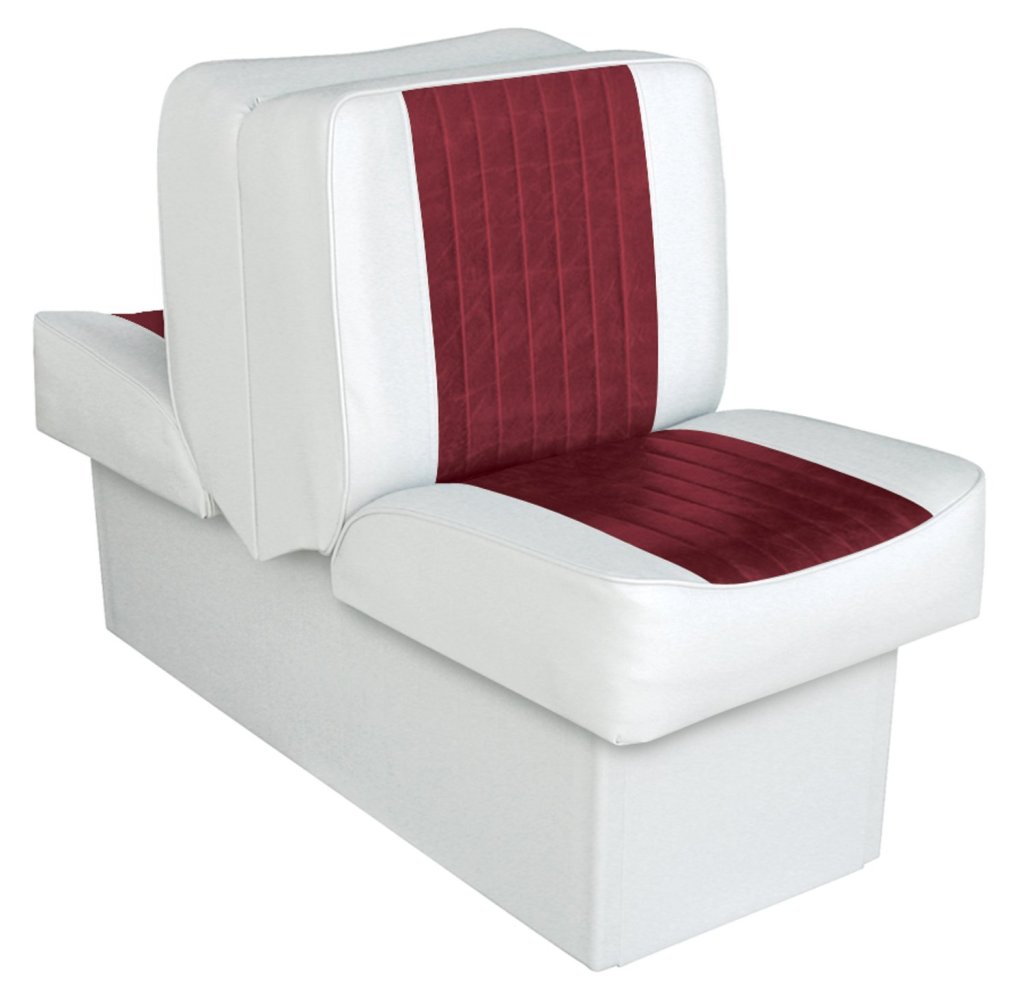 which sets the colour theme of the boat to white and red.

So I’m thinking of a new paint job, too, going from the current brown/tan colours:

to a white/red colour, replacing the brown stripe with a thick red stripe, and small red stripe: here are before and after (photoshopped—well, technically, GIMPed) versions of my repainting plan:

I anticipate the whole project will take me at least a couple of weeks, and at various points in the middle I’ll undoubtedly be wondering why I decided to do this, but I’m sure by the end it’ll be awesome.